The Jewish name Shimon or Shymeon (I return to the ‘s’ sound in a moment) has always been popular, from biblical times to now: as Simon, it is one of those first names which  - like Rachel and Rebecca - are given to children by non-Jewish parents, including those of the author of this essay. The first Shymeon was son of Jacob and Leah and patriarch of a tribe. His name was thought, rightly or wrongly, to mean ‘listener’, ‘obedient one’ (Genesis 29.33); if so it is related to the verb which opens the great Jewish prayer shema, Yisrael, ‘hear, O Israel…’. Then why do we say Sim- not Shim-? it may be asked. (Why indeed? I knew a distinguished Israeli historian of ancient Cyrene who wrote in English and spelled himself Shim’on Applebaum). The answer is that Greek and Latin have no letter ‘sh’, so in the Greek translation of the Old Testament, the Septuagint, Moshe becomes Moyses (Moses), Shlomo Salomon (Solomon); similarly with the Vulgate (Latin) translation of St Jerome. This tradition presumably affected English translations of biblical names. In the New Testament there is, I’m sorry to say, a notorious Simon the Magus, who tried to bribe St Peter to hand over the secret of his ‘magical’ powers. He gave his name to the offence of simony, ‘traffic in sacred things’ (OED). More admirable Symeons are the old man who prayed Nunc dimittis as he held the infant Jesus, and the two Stylite ('on a pillar') holy men of that name in 5th and 6th-cent. AD Syria. In Greek papyri from Hellenistic Egypt, there are many Jewish Simons, spelt in Greek like that, not ‘Symeon’. 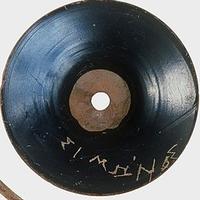 They were not the first Simons to spell themselves in Greek. Gossipy literary sources tell us that in the late 5th cent. BC Socrates held philosophical discussions in the Athenian agora at the cobbler’s shop of one Simon. Then in 1960, the American excavators of the agora found a black-glazed pottery cup in a cobbler’s shop inscribed in Greek ‘of Simon’. The date is right, the identification irresistible. Could he have been a Jew? An attractive thought, but No. The first Greek Jew is not attested until a date no earlier than 300 BC, a freed slave ‘Moschos son of Moschion (Greek names), a Jew’. He erected an inscription in a sanctuary of Amphiaraos, a hero-healer. In fact, the Greek name Simon means ‘snub-nosed’ and belongs to a class of names alluding to a physical characteristic (but of a baby?). Romans liked such names: Ovid’s cognomen Naso means ‘nosy’. Simons are common at all dates and in all parts of the Greek world: 55 in the Lexicon of Greek Personal Names (LGPN) vol. II, which covers Athens and Attica (the cobbler is among them, of course); and 26 in LGPN VA (coastal Asia Minor).

What we have here is a convergence of traditions. Most of the Simons on those Egyptian papyri were Jews, but their parents gave them – surely deliberately - names which were also part of the Greek name-stock. This is cultural pluralism as well as merely onomastic ambiguity. It is reflected in the text of the Greek New Testament, which sometimes spells the many Simons in the Greek way – like the Magus - and sometimes in Greek words which represent the Hebrew (or by that time Aramaic) Shymeon. How many later Greek Simons were Christians whose parents were influenced by biblical exemplars? Not the Magus, obviously, but better role-models like Simon the Zealot, one of Jesus’ disciples. Or a more famous disciple… But I leave the particular problem of the double name of the Jewish Simon or Symeon Peter, the first Pope, to a possible future contributor bearing the second part of the name. 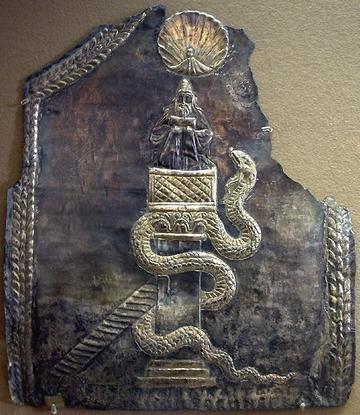